This morning I’m doing what I’ve done for several years now. Sitting in my living room with my feet up on an ottoman, drinking a cup of coffee and checking the news to see if the rest of the world is still out there.

So I’m neither bragging nor complaining, just explaining how easy it really is and how you can do it too, if you truly, really want to.

So what’s the answer you ask? Because for savvy folks the world over, there is always an answer. I used to think that austerity was the answer. You know, cut back, downsize, reduce spending, do more with less, and of course, expect less.

There are entire nations under imposed and enforced austerity measures as I write this. But what is the result? Blood in the streets!

People only have one life and they apparently don’t take well to measures that leave them with nothing to hope for other than to just survive. We can always choose to believe something altogether different.

You can choose a different path ― the road less traveled. How? By choosing to believe that your time and effort spent in learning and promoting a simple step-by-step system can produce the funds needed to fulfill your dreams.

All it takes is focus and a little time and effort. Isn’t that what anything worthwhile takes, really? Everything you need and all the help you could ever hope for, are in ONE place. Let me explain with this example:

A party of explorers was driven by a storm from the Amazon River far out into the Atlantic Ocean. They had no fresh water aboard, and for days they drifted, suffering untold agony from thirst. They almost perished for the lack of fresh water. To the great delight of all aboard, a ship finally hove in sight. They signaled it frantically to come near, and asked for fresh water. The captain signaled back: “Let down your buckets. There is fresh water all around you.”

The explorers were not aware that the Amazon River remains fresh more than a hundred miles out to sea. These men were drifting in a body of fresh water and were almost perishing from thirst. Many people are like these explorers. In the midst of plenty, a world overflowing with abundance, they are begging for opportunities. Opportunities are as plentiful as the air. They are all around you. Let down your buckets and draw on that inexhaustible ocean of latent ability.

You may be thinking, “Yea, that sounds great but the economy is pretty tough right now.”  Contrary to what you might believe, a recession is possibly the best time to launch a new business or to expand an existing one. It’s also a great time to get ahead in your career. I know this sounds counter-intuitive, so let me ‘splain.

First, the media goes nuts during a recession. They turn a little bit of negativity into a mountain of pessimism. This makes a lot of people financially paranoid. People become socially conditioned to expect the worst.

If you buy into this social hysteria, you become a victim too.

There is a smarter approach, however.

Try this: Instead of focusing on looking for ways to make more money, put your time and energy into CREATING and DELIVERING real value. Find a way to give people what they want and/or need. 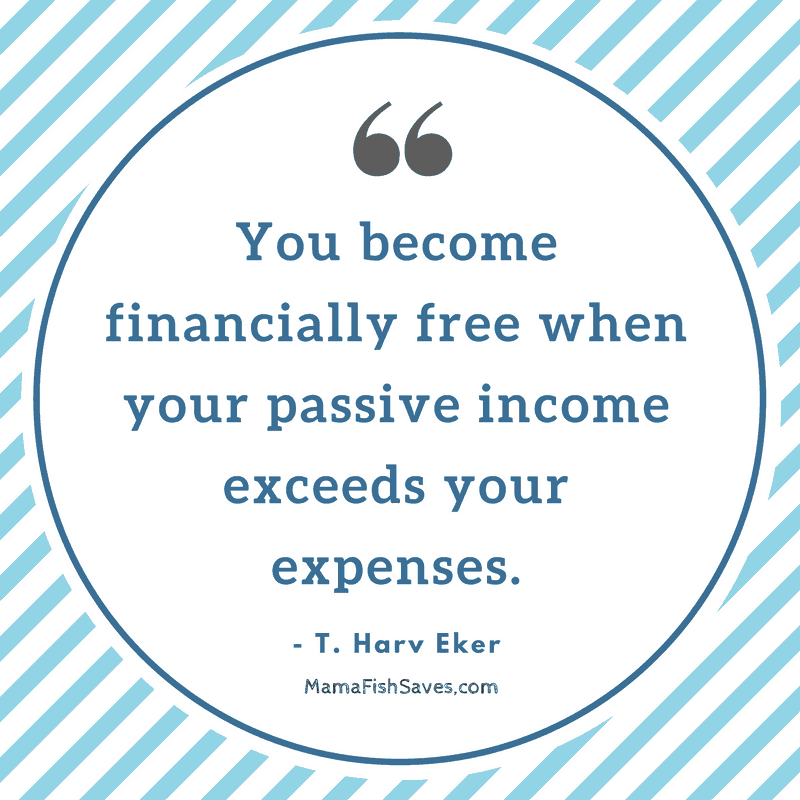 As for me, I’m totally FOCUSED. I’m convinced that after our brain-dead political leaders are finished wrecking this country, all bets are off. The only thing you can do now is to prepare for self-sufficiency. Period. End of story.

So what is it you ask?

It’s called Passive Income and the launch pad is HERE.

You were born to win, but to be a winner, you must plan to win, prepare to win, and expect to win.

That concept was perfectly illustrated and captured for eternity by a thoroughbred racehorse named “Mine That Bird” in the 2009 KentuckyDerby. Check it out here.

Nothing was going to stop this horse from breaking through the pack and winning the race in one of the most stunning finishes of all time.

And nothing will stop you from creating the life of your dreams either, once you know how.

Remember that failure is an event, not a person.

Expect the best. Prepare for the worst. Capitalize on what comes.

Your Blueprint to True Wealth